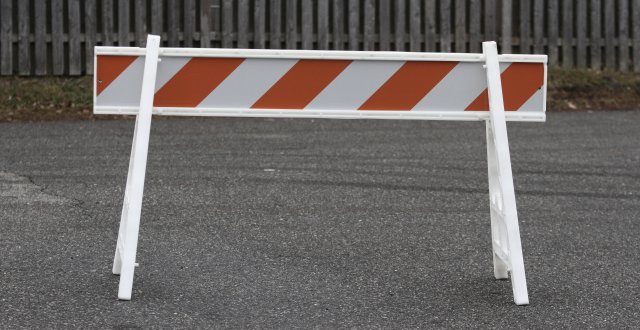 Oh, no. Not again. Not tonight.

Mr. P snapped awake, his wife softly snoring beside him. Squinting his nearly 80-year-old eyes, he barely made out the reading from the digital clock on the nearby nightstand: 3:08 a.m. The likelihood of any more sleep this night? Pretty low, he knew from experience.

The dream hadn’t bubbled up in his subconscious for a couple of months. But it did again this night. That dream. That horrible dream. The dream that had haunted him for more than four decades for one simple reason.

It wasn’t just a dream. It was an actual memory. It happened right in front of him. It was real. All too real.

Forty-plus years ago, he took a job as custodian at the local parochial school. A job he felt ashamed of at first, but he had kids in the house, and you do what you have to do. After the steel company sent thousands of millworkers like him packing, never to return, a job was a job. So he became Mr. P, the janitor at the school where his family went to church.

Sweeping and waxing the hardwood floors in one building, the linoleum in the next. Making repairs to doors and windows and cracked cement. Setting up the social hall for Mothers Club meetings and other grown-up events. Arranging scores of those wooden Catholic folding chairs in the auditorium, then collapsing them, stacking them on carts, and wheeling them back into their storage space. Making sure the boiler room worked, so that every student, teacher, and staff member had heat during the brutal winter months.

And one of the most unenviable tasks of all – responding to a classroom where a student had vomited, mopping up the mess, and sprinkling bags of that sawdusty stuff that somehow smelled worse than the puke in the first place.

Yet through it all, year after year, Mr. P silently, calmly, reliably soldiered on. Doing his job, staying above the fray, working around the edges, even as most of his children attended classes at that same school.

About 30 minutes before classes let out each day, Mr. P set up barriers, wooden horses, at either end of an alley that ran just behind the two school buildings. This prevented cars from using the narrow strip of road as a short-cut while the 400 or so kids ran, walked, or skipped out of school on their way home. There hadn’t been a car even attempting to speed down that alley in years, but Mr. P put up the barriers every day anyway.

Every day but one.

It got close to the time to close off the alley, when one of those Code Blue vomit emergencies happened. Mr. P responded with his usual promptness, taking care of the spillage and dumping the stinky sawdust. He still had about 10 minutes before the final bell would ring.

As he prepared to leave the first-floor classroom, he happened to look out the window, which faced the still-unblocked alley. And the scene that would cling to his brain like unbreakable Velcro was set in motion. His one mistake. His one unforgivable mistake.

At just that moment, the team of “patrol boys” got dismissed before the rest of the student body, allowing them time to take their posts on various street corners around the school and help safeguard kids crossing streets. One of those patrol boys stepped out from behind the corner of one of the school buildings into the alley, just as a car came barreling by.

Frozen in place, shocked, paralyzed, Mr. P saw the front of the car strike the young student, tossing him into the air, crashing head-first some 15 feet from the point of impact. His head was bleeding all over the pavement.

None of the students in the classroom saw the accident, sitting with their backs to the windows. But the teacher saw it, just as did Mr. P. He dropped his mop and other supplies, told the teacher to have the office call an ambulance, and ran out to the alley. The driver, seeing Mr. P sprint out of the building, threw the car into reverse and fled, never to be identified or held to account.

Turning his head toward the young man, unconscious and bleeding, Mr. P sank into waves of grief and guilt. “This kid might be dead,” he told himself, “and all because I didn’t put those horses up in time.”

Reliving that scene in the dark of night hundreds of times over the years kept Mr. P from so much. So much enjoyment, diminished. So much freedom, limited. So much life, unlived.

The patrol boy never had the chance to tell Mr. P that he should have looked before rushing out into that alley. That the accident wasn’t completely Mr. P’s fault. That a month later, he was back in class, fractured skull and all. That he forgave Mr. P.  The boy hoped that Mr. P eventually knew or at least suspected those things, and that any lingering guilt or self-incrimination stopped before the long-ago custodian reached the end of his story.

Nobody knows what’s coming around the corner. Sometimes literally. The most unpredictable stuff happens, and there’s nothing anybody can do to stop it. Forgiveness is the key to everything. And if you don’t have the chance to be forgiven by another person, after a time you can – and should – probably forgive yourself.

One mistake, even a monumental one, should not define a life forever. And while the dramatic, kinetic, horrific events in that back alley certainly became a part of that patrol boy’s story, it only defined his life as the springboard to appreciating all the good that has happened in the years since.