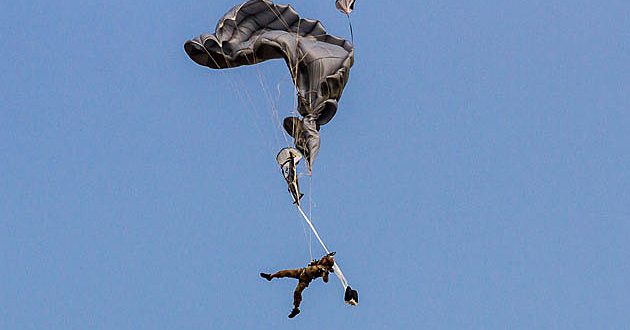 You knew this was coming.

The hyper-patriotic appeals to liberty being threatened by the oppressive state. The rising tide of economic pain swamping the boat of rational protection of oneself and others. The politicization and weaponizing of a pandemic.

Thousands of Michigan residents flooded the state capitol in Lansing this week, toting rifles and Confederate flags and protest signs, screaming at the governor for her extension of stay-at-home guidelines.

Guidelines that, as they occur each day, can only be evaluated for their effectiveness two weeks later. That’s how long each day of social distancing takes to prove that it helped contain the spread of the coronavirus. That’s why the extension in Michigan – and in many other similarly enlightened states, including my own in Pennsylvania – continues to make sense.

And continues to contribute to the cases of infection leveling off.

But to jump the gun too quickly, lifting restrictions and “opening the country” to unfettered interactions, would guarantee the opposite effect – letting cases rise, and leading to more, even longer, isolation to stem the surge all over again.

Here’s an analogy I spotted this week on social media: Saying that, “The curve is flattening, so we can start lifting restrictions now,” is the same as saying that, “The parachute has slowed our rate of descent, so we can take it off now.”

Sure, it sounds wonderful. A return to normal. Going out to dinner and movies and the grocery store with not a care in the world. Letting the great American business engine roar to life once more. Yeah, sounds fantastic. Until you actually think about what that would entail, if done too soon.

Then it sounds horrifying.

The pastors clamoring for full churches, hundreds of worshipers, singing and praying and shouting their hosannas to the heavens together? They cite chapter and verse that any politician clamping down on their rights to assemble their congregations violates the First Amendment guaranteeing freedom of religion.

Well, I’ll let constitutional scholars debate that particular question. But my question is perhaps a bit more concrete than theoretical. Do you have the “right” to open yourself up to contracting a potentially fatal virus? Why, yes, you sure do. Personally, I would advise against it, but if you want to do that, you absolutely could.

But then comes the follow-up question: At the same time, do you also claim the “right” to pass that virus on to other, unsuspecting people? Not as sure about that one, but my gut tells me you do not.

See, the people hollering to “get back to business” may be conveniently leaving off that second question. “I’m an American, and I will not have my freedom denied!” Okay, Audie Murphy. But I was always taught that when one person’s freedom conflicts with another’s, that’s where the limitations of unbridled freedom can be found.

You want to roll the dice and gamble that you’ll never contract coronavirus, Patrick Henry? Go ahead. But don’t come around me and assume I want to take that same risk.

Does this situation create economic anxiety? Of course, at levels never experienced before. Do people wish this had never happened? Obviously.

But it HAS happened, and we ARE anxious, and we would LOVE to have life go back to the way it was. Until there’s a vaccine, though, we’ll stay inside and stay away from other people.

It comes down to a binary choice – one that each person needs to make for him- or herself. Would you rather be temporarily broke, or be permanently dead?

Oh, and by the way? Most of the “patriots” in Lansing, causing all the ruckus about how badly their liberties were being trampled by having to social distance for a few weeks longer?

They never got out of their cars. Nathan Hales, every one.