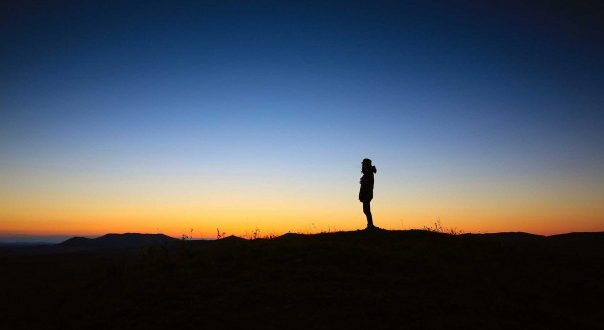 The “Other.” People who do things or think things or worship or simply look different, and get unfairly lumped into this vague, unjust, and unjustifiable category.

Why does this concept even exist? From where did it originate? It’s at least as old as Cain and Abel. How – and just as important, why – has it been perpetuated down through the generations?

Watch out, “They” are coming, to take what’s yours. Don’t “They” see how much of a threat they pose? Don’t “They” know their place?

“Us.” “Them.” How sad. How unnecessary. How insulting. How maddening. How far afield from the truth of human existence.

Want proof? Of all the physical and emotional characteristics that every human being shares, skin color is so minimal that researchers at the National Institutes of Health all but discard it as a significant factor, chalking it up to environmental necessities for survival (1).

We are all human. We all bleed red. I know that cultural differences exist and each has its own history and character. I convince myself that I believe each culture is deserving of understanding and respect. Deep down, there should not be prejudice shown toward those who may be different.

We – myself included – may like to present ourselves as “not seeing color,” but that may come across as a shallow statement. It’s all right to see color, defined as a person’s heritage and identity. What’s never all right is to cast dispersions and discriminate based on those factors.

Intellectually, I believe all of this. But does my life demonstrate that belief? Am I guilty of a “Do as I say, not as I do” approach? That’s the core question behind much of what’s happening right now, isn’t it?

Some people have more money. Some worship differently. Some need to flee danger in their homeland, pick up stakes, and seek asylum elsewhere. Some endure the stares and suspicions of others for no other reason than their skin pigmentation.

Why? Is it fear? Jealousy? A lack of empathy, knowledge, or some false ingrained sense of cultural superiority? Taking that argument even deeper, can any of these attempted justifications actually be justified? “Love your neighbor” doesn’t come with a map. It applies everywhere, to everyone.

Nearly two years ago, a madman with a semi-automatic rifle and three handguns walked into a synagogue in my beloved hometown of Pittsburgh, opening fire and killing 11 worshippers. Why were those innocents, who were there simply to celebrate a service together, seen as the Other?

This scourge has gone on for centuries, but since the start of 2020, instances of racial harassment and death have occurred with shocking frequency across the nation, culminating in the tragic story of George Floyd in Minneapolis. Why were any of those victims seen as the Other?

It is inexcusable. It is illogical. It is wrong. All of it. We are all human. There should not be the Other. But again, this is not simply an intellectual exercise. It must get deeper, to the essential inward question: How can I live these beliefs more consistently and more demonstrably?

My family heritage is European. I am a white person. There is no way I could or would pretend to know or understand the life story or first-person perspective of someone who is black, brown, Asian, gay, trans, or any cultural or racial classification. The point I’m attempting to make here is not to presumptively speak for anyone else, but only that by seeing and sharing the same goal, the same destination point on the horizon – namely, a world where no one is viewed as the Other – can any of us, me included, hope to make the journey toward peaceful coexistence with the proper attitude and commitment.

Prejudice is so illogical. No one is born seeing the Other. No strand of DNA guarantees hate and discrimination against people who look or love or worship differently. I saw a video the other day of a little African American boy, no more than three years old, walking around an outdoor music festival hugging every single person sitting on blankets across a wide lawn. White, black, young, old, male, female – none of it mattered to this little guy. He had a big hug for everybody. It was beautiful.

In 1948, Oscar Hammerstein wrote a brilliant set of lyrics defining the absurdity and danger of racism for the score of the Broadway musical “South Pacific.” In this masterpiece, called “You’ve Got to be Carefully Taught,”(2) a U.S. Marine lieutenant who’s fallen in love with a local Polynesian girl, sings about the prejudice they’re suffering:

In the hours following the 2018 Tree of Life Synagogue massacre – which happened not five minutes from the apartment building where the late champion of peace and understanding, Fred Rogers, lived for much of his life – another old song (3) came into my head. I hadn’t thought of this song for years, but it seemed to fit the sadness and madness of the moment. See if you remember it…

Listen children to a story that was written long ago, ‘bout a kingdom on a mountain and the valley folk below / On the mountain was a treasure buried deep beneath a stone, and the valley people swore they’d have it for their very own.

So the people of the valley sent a message up the hill, asking for the buried treasure, tons of gold for which they’d kill / Came an answer from the kingdom, “With our brothers we will share all the secrets of our mountain, all the riches buried there.”

Now the valley cried in anger, “Mount your horses, draw your sword!” And they killed the mountain people, so they won their just reward / Now they stood beside the treasure on the mountain dark and red, turned the stone and looked beneath it – “Peace on Earth” was all it said.

Go ahead and hate your neighbor, go ahead and cheat a friend / Do it in the name of Heaven, you can justify it in the end / There won’t be any trumpets blowing come the Judgment Day / On the bloody morning, after who, one tin soldier rides away.

I want to be a better citizen, a better neighbor, a better friend, a better man. To be a person who recognizes our commonality. Who realizes that racism and prejudice stems not from nature, but from nurture. It is something we absorb, not something we’re born with – and that, conversely, it can be more vigorously, consciously, and consistently overcome and discarded through sharing impactful words, pursuing illumination from a wider set of perspectives, and taking the resulting meaningful action. And that includes teaching children not just to avoid and reject racism, but also to promote anti-racist thoughts and behaviors – to be part of building a world that purposely avoids and condemns the scapegoating and attempted submission of those who are different.

For God’s sake, for my community’s sake, for my own soul’s sake, I want to be better at living a life that realizes and demonstrates the simple and powerful fact that – at the essential core of it all – we are all formed from the same divine design, and all deserve dignity, honor, and respect.

There’s important to work to be done. I want to build a life that more powerfully and undeniably proves my belief that there is no Other. My guess is that many more people have been sufficiently shaken out of their complacency and want to work toward the same thing today. I hope so.

(2) “You’ve Got to be Carefully Taught” Copyright 1948 Rogers & Hammerstein Organization.