A Band, Some Babes, and Buddy 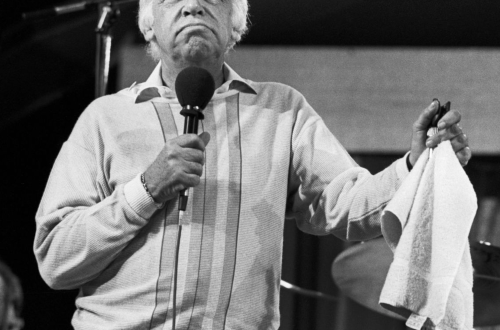 Negotiations had hit a snag. The two sides needed to walk away from the bargaining table for a while. Good thing, because their respective mothers had begun calling them to dinner anyway.

I had three shoeboxes full of baseball cards, purchased at the local family-owned corner store, quickly looked at, then unceremoniously tossed into those boxes over the years. Now, this being the summer between grade school and high school, those cards seemed like kid stuff.

I’d pulled out all the good Pirates players and kept them for myself. I wasn’t a complete idiot. But the rest of them? Who cares?

Who cares? Stanny, the kid a few doors down, that’s who. Two or three years younger than me, Stanny loved all things baseball. ERAs, batting averages, career strikeouts, on-base percentages – he knew them all.

When I bought a pack of baseball cards, if there weren’t any Pirates in there, then the stick of bubble gum became priority one. Not Stanny. He was one of those kids who looked at the back of the card with all of the statistics first, not the picture on the front. Nutso.

And he wanted those three shoeboxes of mine something fierce. Hence, the high-stakes negotiations.

He made some half-hearted offers. Stickers, photos, refillable pencils, all sorts of crap he didn’t want – and so he thought I would want it? Things got heated, then we had to break for supper. When bargaining started up again that evening, I finally said, “Stanny, you need to give me something I want as much as you want these baseball cards. That’s how this works. Quit goofing around. Do you have anything like that or not?”

Dejected, rejected, resigned to failure, he halfheartedly walked out of his living room, went upstairs, and came back down with something folded under his arm. “I don’t think you’ll like this, but it’s the only thing I could think of,” Stanny said, with his hangdog expression. “My brother got it at a concert or something.”

He handed it to me, a red and blue cloth of some sort. Fully unfurled, I saw it in all its glory. Not an American flag, but a banner with the logo of the band “Chicago” on it. My favorite band of all time!

I shoved my baseball cards at Stanny and without saying “thank you” or “goodbye” or “take a hike,” I ran out his front door, up the street to my house, where I found a hammer and some nails and immediately tacked that Chicago flag into the wood paneling on the wall above my bed.

Mom and Dad weren’t all that thrilled with the redecorating job, especially the nail-pounding part, but that banner stayed there all through my high school years, as did two other notable mementos.

One featured a poster of the Dallas Cowboys Cheerleaders. This may sound strange to anyone who knows me well as a lifelong diehard bleeding-black-and-gold fan of the Pittsburgh Steelers, since my team met – and defeated – the Cowboys in two classic Super Bowls of the 1970s. How, then, could I possibly commit such heresy, as to have a 24 x 36 inch poster of their cheer squad on my bedroom wall?

Because I was a 14-year-old hormonal American male with no real-life prospects. Duh. I think, by today’s standards, the sexy quotient of my cheerleaders poster would rate no more than a 3, maybe a 4. But back then? Wow. Wow. Wowee wow.

The other wall-mounted treasure came as the result of hero worship. I’d gone with a friend and fellow high school band drummer to see a Buddy Rich concert one evening. Buddy played those drums like no one I had ever seen. His sticking so unbelievably fast, his meter perfect, his ability to drive the rest of his jazz band through number after number simply amazing. He gave my friend and me something to shoot for as jazz drummers. We never quite made it, to no one’s surprise, but we sure had something to shoot for.

We hung around after the show, walked up to the foot of the stage, and hoped to say hello and shake Buddy’s hand. But we ended up with more than that. He not only talked with us, but he gave my friend the drumsticks he had used that night, and he gave me his sweaty towel – complete with his autograph!

I suspect Mom wanted to tear that thing off my wall a thousand times and toss it into the washer, but never did. It remained there through high school, too.

The night I ran out of Stanny’s house was the last time I ever saw him. My Chicago flag, my Cowboys Cheerleaders poster, and my autographed Buddy Rich towel all have disappeared into memory – and, more likely, the garbage – as well.

But I bet Stanny held onto those baseball cards for the next 40 years and has probably cashed them in for millions. I never was that sharp of a negotiator.

This story appears in “Growing Up Giffin: Reflections on a Happy Steeltown Boyhood,” available by clicking HERE.  ALL PROCEEDS from the sale of this book benefit the Hilltop Economic Development Corporation, to support economic revitalization efforts in Tim Hayes’ hometown of Mt. Oliver, Pa.