More Scenes from a Pandemic 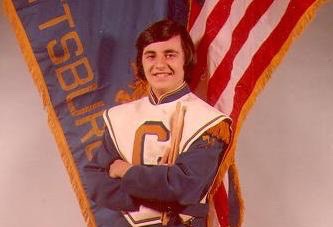 And now, for your reading pleasure, more Scenes from a Pandemic:

The hair situation has careened into irrefutably problematic territory.

It feels as though there is a separate, living, increasingly uncontrolled organism atop my head. It has heft. It has motion. It has a sentient aura that has begun to really give me the willies.

If I were a braver boy, I’d clip the more egregiously offending follicles myself.   But the spectre of going onto Skype or Zoom with the assuredly ghastly results stops that plan in its tracks. Thank heavens. I have other people to think about, for criminy’s sake.

Instead, this uninvited interloper squatting on my skull remains, growing more powerful and prevalent by the day. And in some sick Dorian Gray-in-reverse twist, my visage steadily creeps toward mirroring the photo of a mop-topped marching band drummer from tenth grade, circa 1976.

What a resilient crowd we are.

Cooped up like monkeys in a zoo for weeks on end, going stir-crazy for fresh air, a trip to the mall, even a lousy stinking McDonald’s cheeseburger. And yet, we have time to dream up new ways to express ourselves.

By now, most people know about Zoom, the online video conferencing software that stacks participants up on the computer screen in tic-tac-toe squares like the Brady Bunch. Used primarily for business meetings or friends and family conversations, Zoom – in this period of pandemic – has spread its wings, so to speak, and branched into new applications.

Like helping couples break up. Otherwise known as getting dumped. But when it happens on Zoom, it’s now referred to as Zumping. As in, “She Zumped me last night. The b****.”

I suppose this could be seen as an improvement of sorts. At least the Zumper can look the Zumpee in the face as the Zumping occurs. It’s been a long, long time since I’ve been a part of the dating world (thank God!), but rumor has it that young people in recent years have cut potential suitors loose with nothing more than a text message. Or, worse, an emoji on a text message! No words at all!

I’ve seen some cold, cold crap go down in my day. But that’s so cold it’s downright arctic. Nasty arctic.

“My son just asked me if, when I was little, I had to stay inside for COVIDs 1 through 18.”

“Me, pre-quarantine: Encourages my son to play piano. Me in quarantine: Please. Stop.”

“Last night my four-year-old said a prayer for all the people in the world, including ‘Africa, Asia, and Syrup.’ From now on, I will be referring to Europe only as Syrup.”

“My toddler shouted, ‘I NEED A BREAK FROM ALL OF YOU,’ then locked himself in his bedroom. When we asked what happened, he replied, ‘Nothing, I’m just being Daddy.’”

“My favorite memory from 2020 so far was probably waking up in the morning and sending my kids to school. That was pretty neat.”

“Just walked into the house carrying an 18-roll pack of toilet paper like David bringing Goliath’s head into Jerusalem.”

Stay safe. Stay sane. Stay home. This too shall pass, if we don’t get stupid and impatient about it.