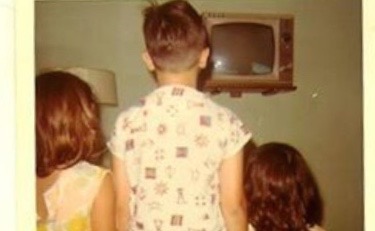 As we climbed into the dark brown Chevelle, all of us, my Mom, Dad, and two sisters, for the drive up to Niagara Falls on a few days’ vacation, I immediately got into a scrap with my siblings over the usual topic.

The middle seat in the back. The one with the hump.

None of us knew that the engineers at General Motors put that hump there out of necessity, to allow room for the drive train underneath the car. All any of us kids knew was that stupid hump guaranteed an uncomfortable ride with no logical place to put your legs and feet.

We could be going to the Kroger’s five minutes away, and the hump seat would become and remain a point of contention the whole way. Now we were in for a multi-hour sojourn to upstate New York, and the hump-seat fight roared to a blazing heat once more.

“Tim, you sit there first, then when we reach a rest stop, the next person can sit there,” counseled Mom, always the peacemaker, and in there pitching for a smooth start to this family trip.

Oh, and did I mention this happened during the summer of 1969? A little get-together at Yasgur’s farm – also in upstate New York – would occur a few miles down the road at Woodstock a month or so after our trip north. I was eight years old at the time, my sisters six and four, respectively. We did not stick around for Woodstock, in case you’re wondering.

Anyway, off we drove. It seemed an eternity before we reached that first rest stop, somewhere around Meadville, Pennsylvania, my only thought the entire time enduring the hump seat being, “Just one small step to the left or right, and I can actually sit like a normal person again.”

We stopped again around Erie for something to eat, then got on the road once more, crossing into New York State and eventually pulling over for the evening at the Dunkirk Motel, in the tiny hamlet of Dunkirk, New York. I can’t be sure whether my parents had this particular stop planned in advance, or if they simply needed to get us out of the car for the night and into bed – just to enjoy the quiet. As the father of three kids of my own, I know that either option would have been completely understandable and totally justifiable.

We got washed up, brushed our teeth, and climbed into bed for the night. That is, my sisters climbed into one of the two beds. My folks had the other, of course. That left me to sleep on one of those horrendous motel cots. You know, the ones with the wispiest hint of a mattress barely cushioning a crossbar designed by the Marquis de Sade for maximum discomfort. “Just one small step up or down and maybe I can find a spot that can let me fall asleep,” I silently wished.

For months prior to this vacation, the nation had been riveted to the upcoming Apollo 11 mission. This would be the big one. The trip where people would actually make it onto the lunar surface. Long before the days of free giveaways in Happy Meals and Toy Story characters plastered on a thousand products, the astronauts and their voyage had seeped into the national consciousness in some astounding ways. Cardboard models of the lunar module at Burger King. NASA balloons at the Howard Johnson’s All-You-Can-Eat Buffet. Even a hardcover book on the Apollo 11 crew with every fill-up at your friendly corner Gulf service station.

Back at the Dunkirk Motel, the three of us kids had all fallen sound asleep. Even me, battling that damn crossbar slicing my spine in half.

Suddenly, Mom started shaking us awake. “Kids, get up! Dad and I want you to see this!”

Roused out of a dead sleep like that when you’re eight or younger can be dangerous. We thought something had happened, like we needed to get dressed and run screaming for our lives out to the Chevelle. But no, Mom and Dad had something else in mind. Something historic.

Rubbing the sleep out of our eyes and the adrenaline out of our bump-bump pumping hearts, Mom lined us up in front of the tiny black-and-white TV, perched on a high shelf in the corner of our motel room. There, in grainy view and static-heavy voice, Neil Armstrong slowly climbed down the ladder from the lunar module, took the last step with a little jump, and planted both feet – on the moon.

Behind us, Dad snapped his Polaroid, capturing the moment and our little clan’s witness of it, forever. The landing at Dunkirk you could say, at least for us. The photo of me in my favorite nautical PJs and bed-head hair, flanked by my two little sisters, lives on in family history. A half-century and a lifetime ago.

One small step that none of us will forget. Crossbars and hump seats didn’t much bother me the rest of the trip. All I could think of was that giant leap, and how proud it made everyone. Even an eight-year-old kid on vacation.