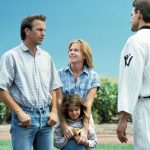 We filed into the musty, ancient classroom, smelling of floor wax, chalk dust, and crushing boredom.  The room, not me and my fellow fourth graders, that is.  The last class of the morning, right before lunch, and the mental and physical energy in the room had sunk nearly as low as our interest in anything enlightening or educational.

Sliding our keesters into the same, well-worn, smooth wood-and-cast-iron desks that my mother and my aunts and uncles all had sat in many years ago, we slowly raised our eyes to the chalkboard.  And instantly became puzzled, wary, and a little alarmed.

There, in his borderline inscrutable handwriting, our teacher, Mr. H, had scribbled all of the lyrics to “Bridge Over Troubled Water,” the Simon and Garfunkel hit that had been climbing the charts that winter of 1970.

“When you’re weary, feeling small?”  Well, we were nine years old, in a school that went up until the 14-year-olds in eighth grade.  How else were you supposed to feel?

“When you’re on the street?”  We grew up in the city.  The street served as an extension of every playground and park we knew.  Why is that a bad thing?

“Sail on, silvergirl?”  We had absolutely no clue what this one meant.  No clue.

But Mr. H loved this song.  Felt these lyrics down to the marrow.  It changed his life, I guess.  Because he sure seemed hell-bent on pounding this melodious ode to sensitivity and friendship down our throats, this class of miserable little ingrates he was forced to teach.

And, lest we forget, this was the same guy who felt absolutely no compunction while whipping his car keys at anybody who goofed around or gave a ridiculous answer in class.  “I will lay me down” – HA!  More like, “I will knock you out!”

Yet, with the passing of time, I think I can understand what Mr. H might have had in mind that day.  Only after you’ve been smacked around a time or two by life, whether by personal illness, loss of someone you love, getting laid off unexpectedly, swimming in debt, trying to raise a child with behavioral issues, or a thousand other problems, does a message like the one Paul and Art warbled in  “Bridge Over Troubled Water” make sense.

In one of my favorite films, “Field of Dreams,” this idea gets illustrated in some of the most powerful moments.  Iowa farmer Ray Kinsella, played by Kevin Costner, hears a mysterious voice urging him to build a baseball diamond in the middle of his cornfield.  He does, and as the story evolves, the diamond becomes the venue for multiple characters to recapture events in their lives that they either misplayed or never got to experience at all.

But the climax arrives when Ray discovers that his late father had been one of the ballplayers from “out there” in the corn who came to play on his field.  Earlier, we learned that Ray and his dad had become estranged, even to the point that Ray refused to catch baseball with him, before Ray left for college and his father passed away.

Seeing his dad as a young man, Ray says to his wife, “I only knew him after he’d been worn down by life.  Look at him.  He’s got his whole life in front of him, and I’m not even a glint in his eye.”

As a responsible husband and father himself now, Ray has the chance to appreciate what his father had gone through, and how much it would have meant to him if Ray had been a more receptive son.  As a result, he calls out, in the best line of the movie, “Hey…Dad?  You wanna have a catch?”

Ray even discovers that the mysterious voice, the one that compelled him to build the field in the first place, was his own.

I made the mistake of watching this movie by smartphone on an airplane once.  It’s tough, and a trifle embarrassing, to not weep openly while sitting next to people who have no idea what’s affecting you so demonstrably, let me tell you.  And it gets me the same way every single time.

So all’s forgiven, Mr. H.  Your heart was in the right place.  And I think some of the girls in the class might have gotten your point at age nine.  The guys, though?  Sail on, silvergirl.  We wouldn’t catch up for years.