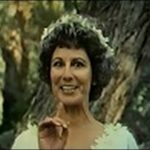 Way back before we had 500 channels to pick from, a commercial for some kind of crappy fake margarine ran for years and years, featuring a lady in a floral headdress and a diaphanous white gown – “Mother Nature.”

She would bite a sample of the stuff, spread over a piece of toast or something, and say how delicious the butter tasted.  When told she actually ate some man-made yellow grease, and not butter, her peaceful demeanor quickly soured, her voice dropped into a lower register, she scowled at the camera, lightning struck, thunder pealed, and she declared, “It’s not NICE to fool Mother Nature!”

A pretty cheesy commercial all around, but it worked.  And what’s more, it conveyed an undeniable truth – any attempt to control or affect or “fool” nature is doomed before it ever begins.

Examples abound, from the small to the cataclysmic.

Have you ever planted grass in your yard?  You tend it, water it, fertilize it, cover it with cheesecloth.  You may even sneak out in the middle of the night, get down on all fours next to it, whispering “Grow…grow.”  And nothing happens.  Bupkus.  Zero, zilch, nada.  But over on the sidewalk, weeds flourish between the concrete cracks, growing with reckless abandon and without any help from you, Einstein.

The news this week included a story about a woman bitten and mauled to death by a full-grown female lion at a wildlife park north of Johannesburg, South Africa.  According to the Associated Press, “The park allows tourists to drive through the preserve where lions roam. A park official told AP the woman was taking pictures through an open window, even though visitors are ordered to keep windows closed, when the lioness lunged.”

This sort of thing has happened before at this same place.  Again, per the AP story, “South African media have reported that a lion bit an Australian tourist who was driving through the park with his windows open and a cheetah attacked a teenager who cut through the park on a bicycle.”

Of course, any loss of life or serious injury creates a tragedy and a source of sadness and grief.  But seriously, folks.  These are not domesticated pets.  You’re not riding the Jungle Cruise at Disney World, looking at robotic replicas of ruthless, vicious wild animals whose every instinct focuses on hunting and killing.  These are the real things.  And you’re riding around with the windows open?  Or better yet, taking a short-cut on a bicycle?  Really?

In the run-up to the new “Jurassic World” movie, the original “Jurassic Park” film has been featured on TV over the past few days.  In the 1993 classic, Jeff Goldblum’s character, Dr. Ian Malcolm, tries to sound the alarm about the park’s inherently fatal flaw, saying, “The kind of control you’re attempting simply is… it’s not possible. If there is one thing the history of evolution has taught us it’s that life will not be contained. Life breaks free, it expands to new territories and crashes through barriers, painfully, maybe even dangerously.”

And before you know it, a T-Rex has eaten a lawyer, a team of Velociraptors has begun a coordinated attack on some kids, and all hell has broken loose in general.  All because man tried to impose artificial control over nature.  “Jurassic Park,” while obviously fiction, teaches a lesson that could not be more real or more accurate.

From levees in Louisiana trying (and failing) to corral and redirect the mighty Mississippi, to deadly flash floods terrorizing the typically driest parts of Texas, we remain at the mercy of forces larger, more powerful, and far more dangerous than us.  A healthy respect, instead of conceit and cockiness, seems in order.

Not only is it not nice to fool Mother Nature, it’s truly a fool’s errand.