The Scabbard of Narcissus 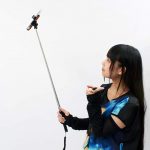 It always sounded like a safe bet, that you could walk up to just about any person on planet earth, ask them if they knew who Paul McCartney was, and get a positive response.

That was until last week, when a cluster of Tweets sent jaws dropping worldwide.  Seems Sir Paul has collaborated with rapper Kanye West on a song, about which Kanye’s fans displayed their collective historical and musical ignorance in spectacular, breathtaking, soul-crushing magnificence.

“Kanye has a great ear for talent. This Paul McCartney guy gonna be huge,” read the Tweet of one aspiring Rhodes Scholar.

“who tf is paul mccartney???!??! this is why i love kanye for shining light on unknown artists,” wrote another grammar, capitalization, and punctuation-challenged genius.

And then there’s this gem: “I don’t know who Paul McCartney is, but Kanye is going to give this man a career w/ this new song!!”

After the violent and virulent backlash caused by these social media malaprops, a new message rushed forth – that, ha-ha!, they were all jokes, people!  Of course we know who Paul McCartney is!  How silly that you suspected anything else!

Well, it’s not really all that silly to think what we all thought.

I watched a video online not long ago, where a collection of young people – mostly high school or college age – were handed a 35mm Canon camera and a roll of Kodak color film.  Over the course of this 10-minute video, not one knew what the camera was, how it worked, how to load the film – nothing.

As the off-screen narrator explained how to operate the camera, the young people flashed flabbergasted facial expressions, wagging their heads in disbelief and disgust.  Then, when told you had to take the film to a photo shop or drug store and wait three days to get your photos back – with no idea of how they turned out until that moment – the kids on the video threw their hands up in the air and said that was the dumbest thing they ever heard of.

They had no historical perspective, and no curiosity or interest in gaining some.

Probably every generation starts out believing that history began the day they arrived.  And this generation certainly displays its belief in this theory.  Most people as they grow older, though, gain experience and that longer-term perspective so important in making good decisions.  Will the younger generation of today achieve this same maturity, in time?  There’s room for doubt on that score, I fear.

Has there ever been a group of people so impressed with itself?  So relentlessly enthralled with taking snapshots of their own faces?  Day after day, all day long, selfies, selfies, selfies.  Posting, Tweeting, Instagramming, messaging, texting.  There’s even a “selfie stick” now, where you can take your own picture from a longer distance without worrying about how long your arm can extend to hold the cell phone.  I saw that someone online dubbed this tool the “Scabbard of Narcissus.”  Perfect.

Next question: So, who was this Lennon guy?