The Parallels of Pinball 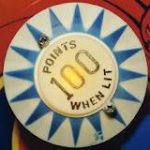 The last time I swung by the neighborhood where I grew up, the little family-owned store about two blocks from my house had been boarded up and abandoned.  And for quite some time, from the looks of it.  That made me sad.

In its heyday, this tiny structure – owned and operated for decades by an Italian husband and wife – served as the nerve center of our little slice of the world.  For “Nick and Fran,” the proprietors, it was not only their means of support, it also was their home, at least on the second floor.  For the moms and dads in the neighborhood, it was the place to grab a quart of milk, a little lunch meat, maybe even a pack of smokes.  For the civic minded, the basement served as the polling place each election day, for crying out loud.

For kids like me, though, it was the place – the only place – to indulge in all of the vices that a bunch of pre-teen Catholic boys had at our disposal.  Penny candy by the pound, which actually sold for a penny.  Racks of comic books that we tried to read as far as possible before Nick brought the hammer down and demanded either payment or removal from the premises.  Packs of baseball cards that we would trade and flip outside to accumulate as many Pirates as possible from the other guy.

But the centerpiece of it all, the Taj Mahal of our particular kid-dom, the Holy Grail of cheap thrills, was the pinball machine impossibly tucked into a corner of the store.  Visible through one of the front pane glass windows, the pinball machine served as the flame to us moths, burning us appropriately, one quarter at a time, spitting out five silver balls of potential neighborhood glory.

Kids today play video games, the vastly inferior descendants of pinball machines.  A video game progresses along a planned sequence of events and escalating challenges.  The longer you play a video game, the better you get at it, because you figure out how to beat the scenarios programmed into it.  Okay, the realism can be impressive and you can sure tip your hat to the complexity of the story.  But it’s not the same as playing pinball.

In pinball, every time you pulled that launch lever back and set that silver ball flying into motion, it was different.  It took incredible hand-eye coordination as the pinball would bounce and bang off the stoppers, lights flashing, bells dinging.  The pinball would fall into holes in the board, shoot out again, and fly downward to the flippers, as the mechanical scoreboard clicked and rang.  Getting those flippers to catch the ball at just the right angle and speed to send it back up into the play zone became a gift.  Thinking you had it set up just right, only to see the ball drop out of play, even as you frantically pressed those flipper buttons, always teed me off.

The best thing about pinball, though, came back to control.  It was a machine.  A fairly big machine for a kid.  And you had complete control of it, pushing, shaking, cajoling the entire structure to help get that pinball where you wanted it to go.  Of course, too much body English applied to the machine got you a TILT, and the whole game was over.  Another 25 cents down the tubes.

You look at the news – or your own life – any day of the week, and the parallels with pinball can be easily made.  Every morning people get out of bed, launch their day, and regardless of plans, each day is going to turn out different in some way.  You can’t predict anything with any certainty.  You fly around, bouncing off other people and obligations and commitments and surprises, trying to stay in the game long enough to rack up a decent score without pushing, shaking, or cajoling others so hard that you earn yourself a TILT.

In the end, it’s all about control.  The “self” kind, mainly, I suppose.

Too bad that old neighborhood store is gone.  I had a couple of quarters to spare that day.